In the last decade Islamophobia in Western societies where Muslims constitute the minority has been studied extensively. At the same time, Islamophobia is not only a Western phenomenon but a global one. It affects Muslim societies as much due to various historical, political and social reasons. Yet, there is little research, which has been done in this field. The main objective of this book is to analyse the understudied phenomenon of Islamophobia in Muslim majority societies.

Islamophobia here is defined as anti-Muslim racism. It is about a dominant group of people aiming at seizing, stabilizing and widening their power by means of defining a scapegoat – real or invented – and excluding this scapegoat from the resources/rights/definition of a constructed ‘we’. Islamophobia operates by constructing a static ‘Muslim’ identity, which is attributed in negative terms and generalized for all Muslims. At the same time, Islamophobic images are fluid and vary in different contexts, because Islamophobia tells us more about the Islamophobe than it tells us about the Muslims/Islam. Islamophobia can also be understood as a way of regulating and disciplining Muslims, thus framing Islamophobia as political. Islamophobia as a form of racialized governmentality aims at undermining a distinct Muslim identity.

Call for Book Chapters for the book titled

In this Chapter we plan to publish theoretical studies on Islamophobia in Muslim societies. We do welcome contributions from different disciplines such as Sociology, History, Politics and others.  The chapters should tackle and theorize the question such as how one can explain and understand Islamophobia in ‘Muslim’ Societies. Does it differ from Islamophobia in ‘Western’ societies? If yes, in which way? What is the role of the colonial heritage, secularisation and modernisation.? Are there dialectical relations between ‘Muslim’ and ‘Western’ societies in terms of Islamophobia as a power tool, ideology, and a discourse?

In this chapter we intend to include case studies on Islamophobia in Muslim societies from different fields such as education, employment, media, politics, music, etc.

Country studies should analyse the history and evolution of Islamophobia in the respective countries;

Please be reminded that the above suggested topics can be changed to fit the expertise and interests of the respective authors. This interdisciplinary, edited book will cover various topics on history, culture, media, education, politics, international relations, etc. However, such topics should be considered in view of Islamophobia in Muslim societies which is the essence of the book.

Length of each book chapter:

Book-chapters should be submitted as a Word document attachment. Book-chapters, including an abstract, bibliography, notes and space for graphic contributions, should be between 5,000 and 6,000 words.

Where other people’s ideas, data, terms, etc are quoted, the source should be given in footnotes. References are given in brackets and include the author’s surname, year of publication, and, in the case of word for word citation, also the page number (for example: Holmberg, 1977, p. 23). For details authors should consult APA citation style.

Book chapters should be written in 12 points Times New Roman, double-spaced, one column.

The margins should be set as follows: LEFT 2 cm wide to allow for binding, TOP 1 cm, RIGHT 1 cm and BOTTOM 1 cm. All text including headings should be left justified and all continuing text should be fully justified.

The bibliography should provide full information about all the works mentioned in the references. The list should include only works referred to, or mentioned in the text, in alphabetical order according to the authors’ surname, and in chronological order for works by the same author.  For details authors should consult APA citation style.

This book will be published in English by a US or UK Publisher.

Abstracts should be submitted to bayrakli@tau.edu.tr no later than 15 March, 2017.

Enes Bayraklı earned his BA, MA and PhD from the Department of Political Science at the University of Vienna, and conducted research for his PhD thesis at the University of Nottingham in Britain between 2009 and 2010. He took office as a deputy director at Yunus Emre Turkish Cultural Center in London in 2011-2013. He also served as the founding director of Yunus Emre Turkish Cultural Centers in Constanta and Bucharest during the period of August-December 2012. Mr. Bayraklı has been a faculty member in the Department of Political Science at the Turkish-German University since 2013. Mr. Bayraklı is also the head of European and International Affairs MA Program at Turkish German University.  His fields of research include the Transformation of Turkish Foreign Policy, Cultural Diplomacy, Foreign Policy Analysis, Islamophobia, German Politics and Foreign Policy.

Farid Hafez is a researcher at the Department of Sociology and Political Science at the University of Salzburg. He earned his Ph.D. in political science from the University of Vienna. Hafez has been teaching at a number of universities in the world. He has been a Visiting Scholar at Columbia University and is currently Fulbright Professor at UC Berkeley. Hafez is the editor of the German-English Islamophobia Studies Yearbook, (www.jahrbuch-islamophobie.de). He was awarded with the Bruno-Kreisky-Award for the political book of the Year 2009 for his German anthology “Islamophobia in Austria” (co-edited with Prof. John Bunzl). His last publications include ‘Jung, muslimisch, österreichisch’ (New Academic Press, 2016). 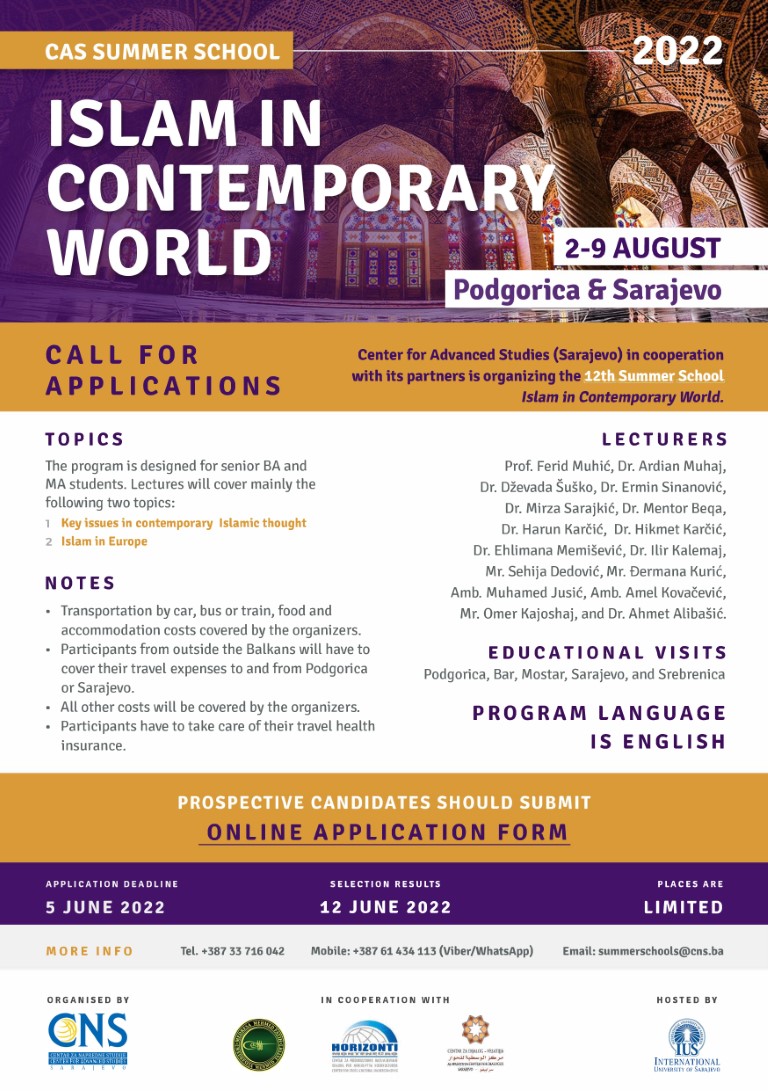