The Concept of Traditional Islam in Modern Islamic Discourse in Russia

Center for Advanced Studies is proud to present the book The Concept of Traditional Islam in Modern Islamic Discourse in Russia. The book was edited by Renat Bekkin. 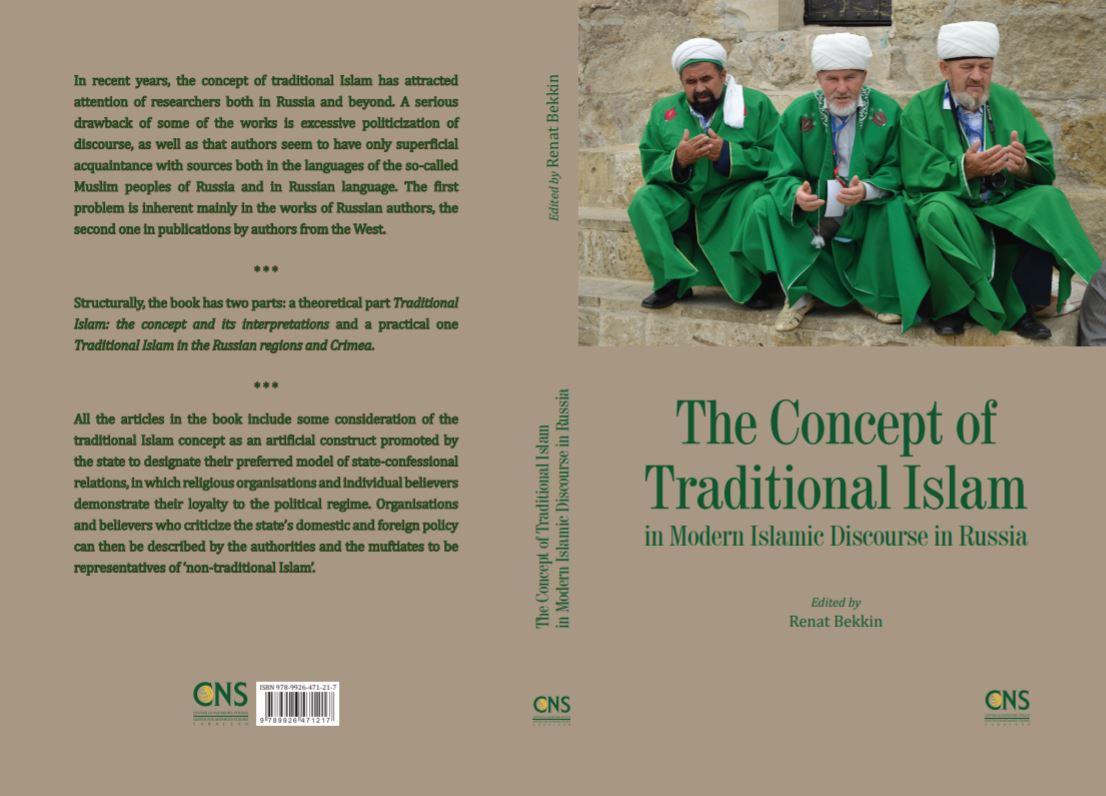 In recent years, the concept of traditional Islam has attracted attention of researchers both in Russia and beyond. Individual and collective articles, including conference proceedings were published on this topic. A serious drawback of some of the works is excessive politicization of discourse, as well as that authors seem to have only superficial acquaintance with sources both in the languages of the so-called Muslim peoples of Russia and in Russian. The first problem is inherent mainly in the works of Russian authors, the second one in publications by authors from the West.

All the articles in the book include some consideration of the traditional Islam concept as an artificial construct promoted by the state to designate their preferred model of state-confessional relations, in which religious organisations and individual believers demonstrate their loyalty to the political regime. Organisations and believers who criticize the state’s domestic and foreign policy can then be attributed by the authorities and the muftiates to the representatives of ‘non-traditional Islam’.