Center for Advanced Studies and El-Kalem – Publishing Center of the Riyasat of the Islamic Community in Bosnia and Herzegovina are proud to present the book Shariʻa Courts in Yugoslavia 1918-1941. The author of the book is professor Fikret Karčić. 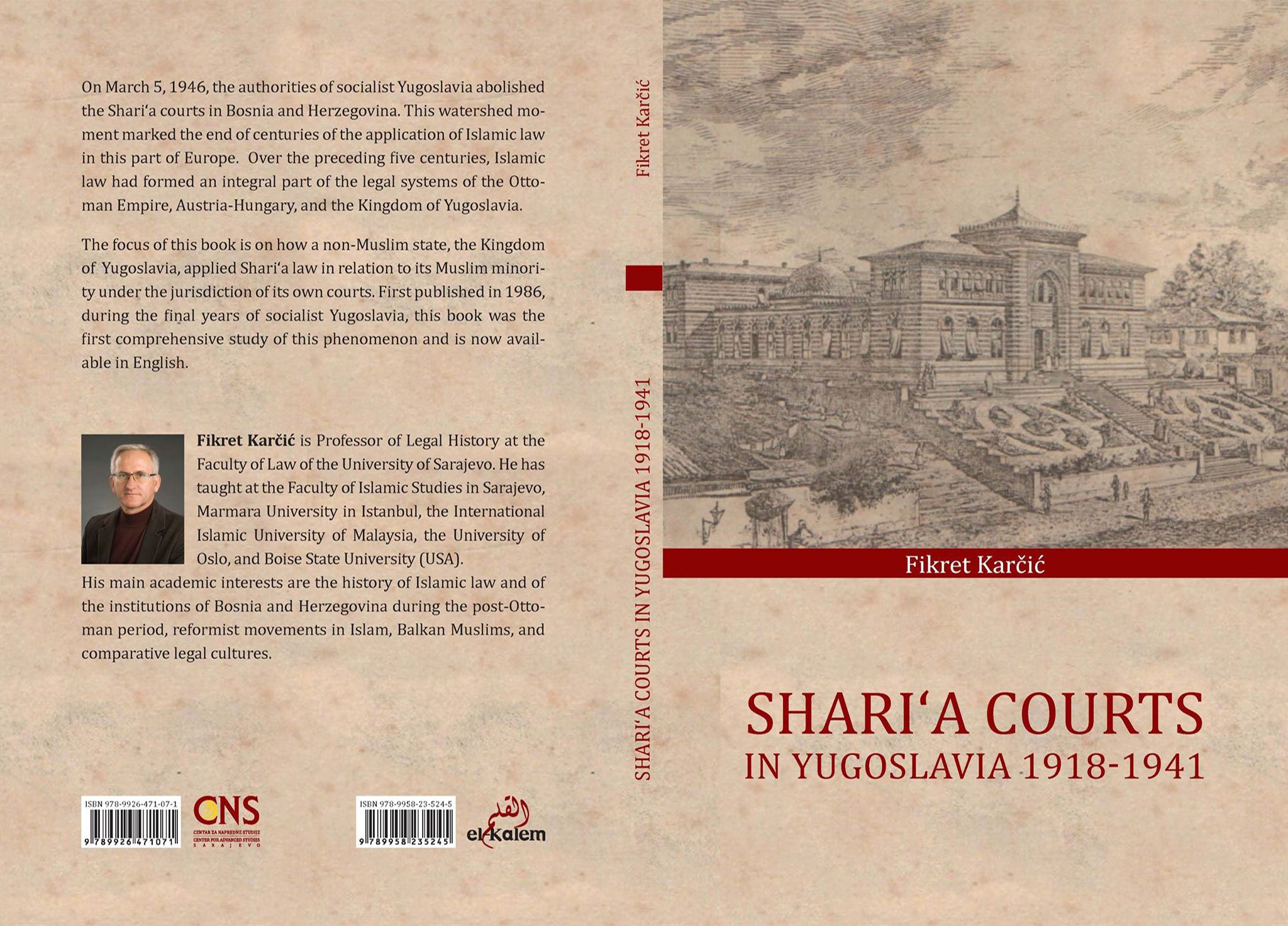 This book is an English translation of Šerijatski sudovi u Jugoslaviji 1918- 1941 (Sarajevo: Vrhovno islamsko starješinstvo, 1986). That book was based upon the text of author's MA thesis of the same title, which was defended at the Faculty of Law of the University of Belgrade on 22 July 1985. This book remains the only comprehensive study of how Islamic law was applied in interwar Yugoslavia written in Bosnian/Serbian/Croatian.

It was written in socialist Yugoslavia and reflects the legal and historical scholarship of the time. The book has been translated without any major changes. The issues discussed in the book are important for the history of Islamic law in a minority context as well as for the study of modern Islamic legal reform. In that sense, the English translation of this book hopes to bring the historical experience of the Muslims in the Western Balkans closer to the contemporary reader interested in Islam, law and minorities. In addition, this book shows that some of the issues debated at present about Muslims in Europe were being addressed in interwar Yugoslavia a century ago.

His main academic interests are the history of Islamic law and of the institutions of Bosnia and Herzegovina during the post-Ottoman period, reformist movements in Islam, Balkan Muslims, and Comparative legal cultures.