Paths from Tradition to Modernity

Center for Advanced Studies is proud to present the book Paths from Tradition to Modernity: Some Short Ethnopedagogical Studies. The author of the book is Adnan Tufekčić. 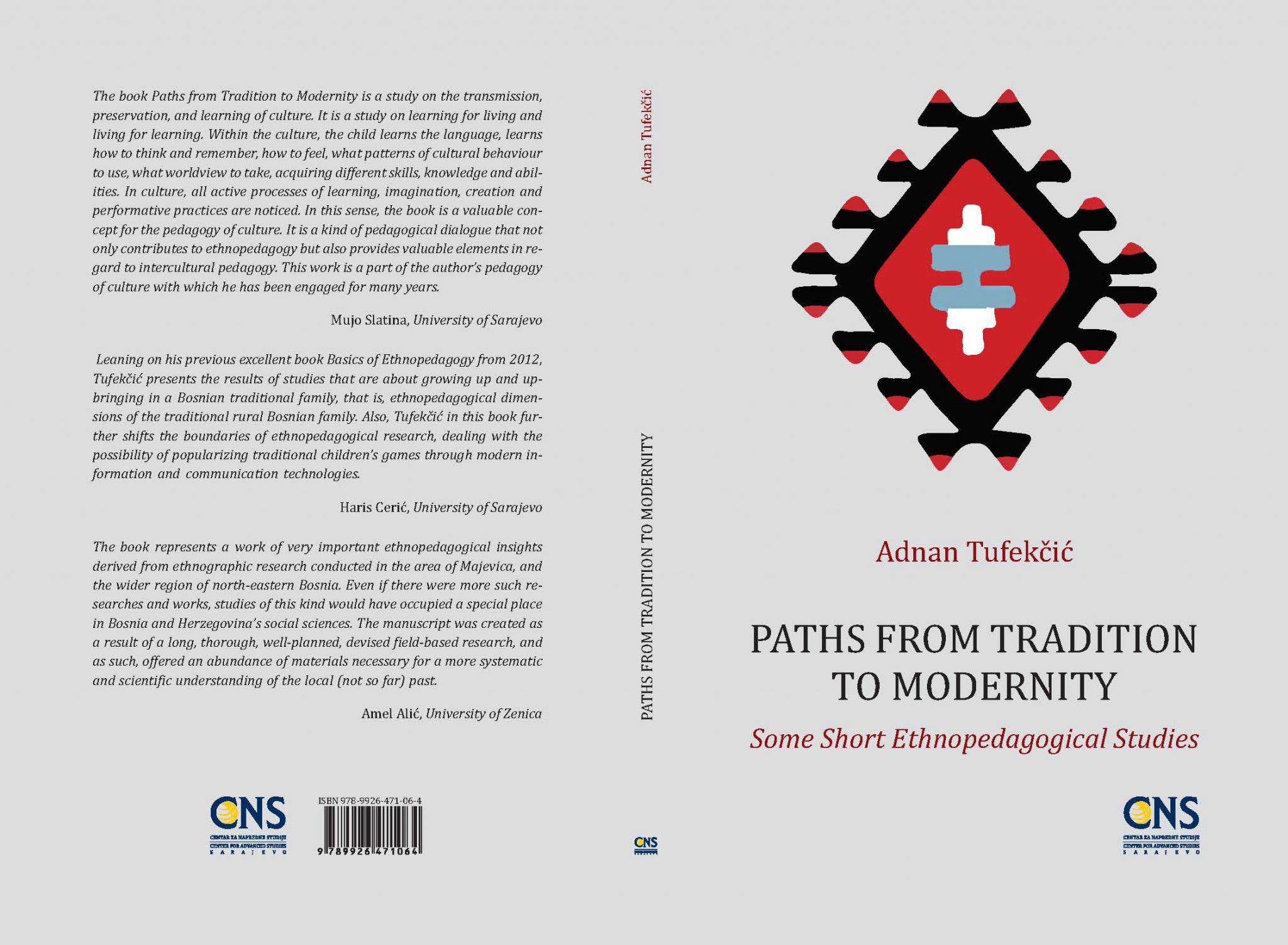 The book Paths from Tradition to Modernity is a study on the transmission, preservation, and learning of culture. It is a study on learning for living and living for learning. Within the culture, the child learns the language, learns how to think and remember, how to feel, what patterns of cultural behaviour to use, what worldview to take, acquiring different skills, knowledge and abilities. In culture, all active processes of learning, imagination, creation and performative practices are noticed. In this sense, the book is a valuable concept for the pedagogy of culture. It is a kind of pedagogical dialogue that not only contributes to ethnopedagogy but also provides valuable elements in regard to intercultural pedagogy. This work is a part of the author's pedagogy of culture with which he has been engaged for many years.

Adnan Tufekčić is undoubtedly the most devoted researcher and promoter of ethnopedagogy in Bosnia and Herzegovina. In this sense the book Paths from Tradition to Modernity: Some Short Ethnopedagogical Studies represents a significant contribution to the scientific valorization of ethnopedagogy. Leaning on his previous excellent book Basics of Ethnopedagogy from 2012, Tufekčić presents the results of studies that are about growing up and upbringing in a Bosnian traditional family, that is, ethnopedagogical dimensions of the traditional rural Bosnian family. Also, Tufekčić in this book further shifts the boundaries of ethnopedagogical research, dealing with the possibility of popularizing traditional children's games through modern information and communication technologies.

The book represents a work of very important ethnopedagogical insights derived from ethnographic research conducted in the area of Majevica, and the wider region of north-eastern Bosnia. Even if there were more such researches and works (and as we know very well that there are very few of them), studies of this kind would have occupied a special place in Bosnia and Herzegovina's social sciences. The manuscript was created as a result of a long, thorough, well-planned, devised field-based research, and as such, offered an abundance of materials necessary for a more systematic and scientific understanding of the local (not so far) past. It is written in English and will be an important contribution to the affirmation of these topics as among readers beyond the limits of Bosnian speaking area.